The gold ladybug is actually the golden tortoise beetle which is native to the Americas. They are variable in color from reddish-brown with black spots through gold, and often metallic, earning it the nickname "goldbug".

The color changes through its development, during mating, and during times of disturbance, such as when it is touched by a human. Scientists have not examined the color-change mechanism in this species. However, color change is suspected to occur when this beetle's elytra hydrate and dehydrate. Adults can turn from shiny gold through reddish-brown when disturbed. 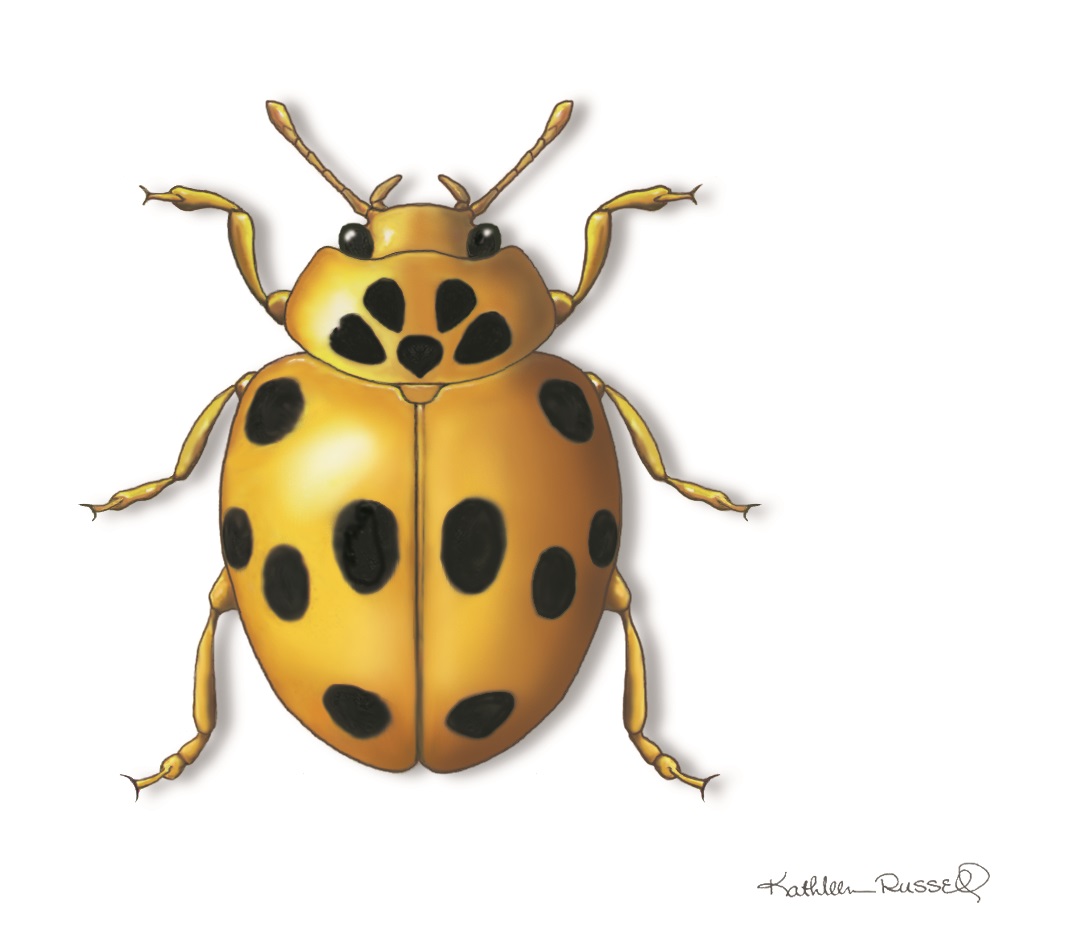 The Frog Life Cycle is Interesting Too! Watch how a Frog Grows.